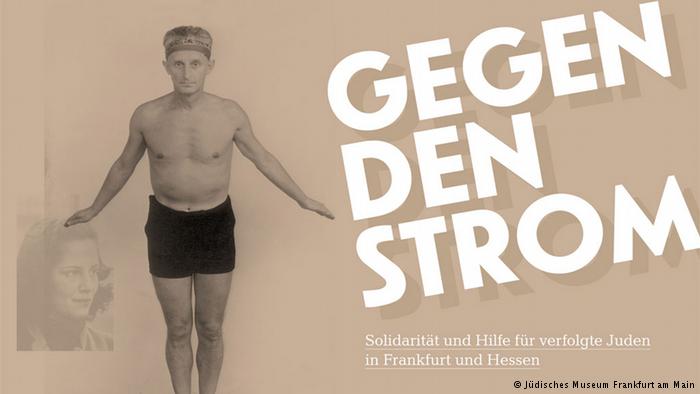 « Against the Tide » at the Jewish Museum in Frankfurt

Hans Rosenthal survived the Second World War hiding in a Berlin garden. The author Valentin Senger survived with fake papers. These are the fates of two Jews documented in a new exhibition in Frankfurt.

After the end of the Second World War, Oskar Schindler, businessman and savior of more than 1200 Jews in Poland, lived a lonely and impoverished life in a small apartment in Frankfurt. Only a small number of people knew about his courageous efforts during the war. He could never have predicted he would one day be the subject of an American film.

There were however less prominent people who, despite all the dangers, made attempts to help persecuted Jews during the period of National Socialist rule. They have long remained unsung heroes, whose stories have taken time to come to the public’s attention. A number of these feature in a new exhibition « Against the Tide: Help and Solidarity for Persecuted Jews in Frankfurt and Hessen » at the Jewish Museum in Frankfurt.